Can You Claim for Injuries Arising From a Hit-and-Run Accident in British Columbia?

The answer is ‘yes’. However, anyone considering making a claim for injuries arising from a hit-and-run accident in British Columbia must be aware that s. 24 of the Insurance (Vehicle) Act imposes specific obligations. For example, s. 24 requires that anyone claiming for bodily injury from a hit and run driver must give written notice of the same to ICBC as soon as reasonably practicable and within no more than 6 months.

Further, in order to successfully recover damages, a court must be satisfied that you have made all reasonable efforts to ascertain the identity of the unknown driver and/or owner of the vehicle that collided with you. This is a very important point because claims for bodily injury have been dismissed outright for a failure to prove that those reasonable efforts were made.

The question then becomes: ‘What constitutes reasonable efforts?’ Courts in British Columbia have considered the following when assessing whether reasonable efforts have been made by the victim of a hit-and-run accident:

In short, if you have been injured in a hit and run accident, you are entitled to make a claim for damages. However, there is a burden on you to take steps to identify the driver and/or owner who caused the injuries. Failure to do so may result in a dismissal of your claim. One of the benefits of hiring a personal injury lawyer early on after a hit-and-run accident is that they can assist you with making efforts to identify the driver of the other vehicle.

If you have been involved in a hit-and-run accident claim or other motor vehicle accident, contact Pacific Law Group for a FREE initial consultation.

Discover more about our experience with Personal Injury Law and meet our team. 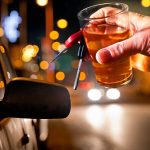