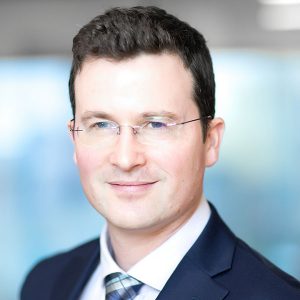 Jaron grew up in New Zealand.  He studied law and economics  at the University of Canterbury in Christchurch, New Zealand where he began practicing environmental law and civil litigation.

He moved to the United Kingdom in 2008 where he investigated directors of failed companies. During his time in London, Jaron travelled extensively throughout Europe, including Slovakia, Iceland, and France.

He arrived with his wife in Vancouver in 2012 and retrained while working in personal injury.  Jaron was admitted to the Bar in British Columbia in 2015 and joined Pacific Law Group in 2018.

Jaron has conducted appeals at Supreme Court of British Columbia and Court of Appeal levels over his 18 years at the bar. His appeal advocacy has included the areas of personal injury and insurance. He has been counsel on over 20 appeals, including the leading cases of Rab v. Prescott, 2021 BCCA 345 and Ploskon-Ciesla v. Brophy, 2022 BCAA 217.

He is described by clients as professional, dedicated, and trustworthy.  Jaron pursues the best practical outcome for his clients, while keeping them informed and involved in proceedings.

In his spare time, he rock climbs, plays tennis, and spends time with his young family.